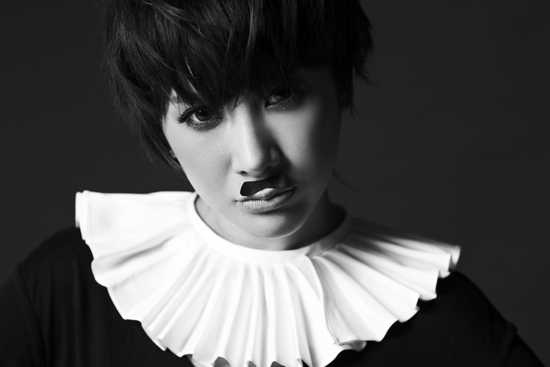 
Singer Seo In-young answered some controversial questions in an online interview with Ilgan Sports on Nov. 26.

In “Tweet Talk,” an interview conducted with a celebrity via the social network service Twitter, Seo provided some fascinating answers on subjects ranging from men to oil tycoons.

Asked if she had any horror stories of petty men, similar to the scenario in her song “Oh My Gosh”, Seo replied “Why would you ask that? It’s not like you won’t believe me even if I said no.”

The former member of the girl group Jewelry also showed she had a sense of humor when asked if she would like to participate in the hit television show “I Am A Singer.” Seo who featured in a similar progra
m called “Immortal Song” said, “I already am a singer. Haha. Just kidding! Is there really a need to give ratings to singers?” In response to whether she met any oil tycoons while at a recent performance in the Middle East alongside Britney Spears she said, “What’s with these questions!!!”