A trip back to the days of kings

A trip back to the days of kings 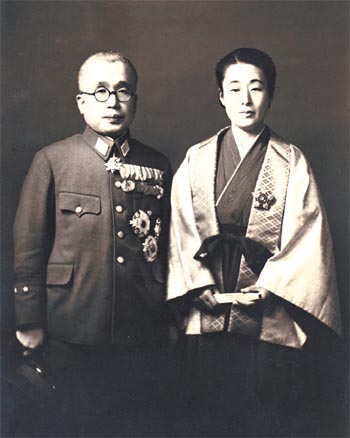 A portrait of Imperial Prince Yeong and his consort, above, which is estimated to have been taken in the 1930s, is shown at the exhibition “Collection Donated by Ha Jung-woong.”

Unlike the United Kingdom or Monaco, Korea no longer has a royal family. Its last kingdom, the Joseon Dynasty, came to an end in 1910. Many speculate about what it would have been like if the country had kept its royal family. The new exhibition at the National Palace Museum of Korea helps visitors travel back to the time of the last crown prince of the final Korean dynasty, opening their minds to what it would have been like to live in the days of royalty.

The ongoing exhibition is composed mainly of artifacts donated by Korean-Japanese businessman Ha Jung-woong. Ha donated more than 600 pieces of Imperial Prince Yeong and his consort’s personal effects to the Korean Embassy in Japan in 2008, including photos of them as well as their correspondence. The artifacts have been handed over to the National Palace Museum of Korea for public exhibition for the past three years.

He first met the imperial prince’s consort at Nakseonjae, Changdeok Palace, in 1974 and then maintained a friendly relationship with her, which led him to manage her personal belongings.

Imperial Prince Yeong (1897-1970)was the last crown prince of the Joseon Dynasty (1392-1910). Imperial Prince Yeong, the seventh son of Gojong (1852-1919), an emperor of Joseon, was considered an obstacle to Japanese samurai Hirobumi Ito, who later became the resident-general of Korea after Japanese colonization of Korea. Ito asserted that Imperial Prince Yeong would go to Japan to receive a better and modern education and arranged the move in 1907. He was then arranged to marry Princess Masako (1901-1989), a member of the Japanese imperial family, and have a life in Japan. After Korea earned its independence from Japan in 1945, the prince requested permission for reentry to Korea with his family. He was rejected at first by Syngman Rhee, the first president of Korea, but later in 1963, the fifth Korean president Park Chung Hee granted him permission.

The tumultuous and tragic life of the prince did not discourage him from thinking about Korea from a ruler’s perspective. A notebook that he carried around was evidence that he had planned to run Korea’s economy and education system based on what he saw in Europe or Japan. Although the notebook is about business-card size when folded, the contents of it are not small in importance.

“France’s education system is similar to the Japanese, but England’s a little different. Their college fees are different and the frequency of tests is different,” Imperial Prince Yeong wrote in his notebook, which is displayed in the center of the exhibition hall. “Japanese education seems to imitate the education system started in the Western countries.”


It wasn’t just the educational system he set his eyes on. He also commented on what he observed in international politics, saying that financial ties between France and England had diminished but that the newly appeared United States of America was trying to bridge the relationship between the two.

Aside from the look into the political motivations the imperial prince had, the exhibition also shows a humane side to him and his consort. Although the royal couple got together through an arranged marriage, exhibition visitors can see that they actually felt affection for each other through diaries and other artifacts displayed at the museum. The diary by Imperial Prince Yeong’s consort, which was written for about a year in 1919 before the two married, reveals excitement and nervousness that anyone would feel for a significant other.

She wrote in her diary, “The happiest memory I have for this year is whenever I saw him, and those memories and trembling feelings will be never forgotten.”

“Although the political power game between Japan and Korea made the couple have torturous lives, I wanted to show audiences that the couple was indeed human with genuine feelings,” said Ha at the National Palace Museum before the opening of the exhibition last month.

*The exhibition “Collection Donated by Ha Jung-woong” runs through Jan. 31 next year at the exhibition hall on the first floor of the National Palace Museum of Korea. Admission is free. The museum is open from 9 a.m. to 6 a.m. from Tuesday to Friday and from 9 a.m. to 7 p.m. on Saturdays, Sundays and holidays. The museum is closed on Mondays. Visitors must enter more than one hour prior to closing time. To get to the museum, go to Gyeongbokgung Station, line No. 3, exit 5. For more information, call (02) 3701-5000 or visit www.gogung.go.kr.