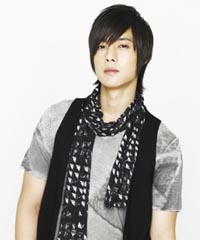 The “harmful to youth” rating placed on Idol singer Kim Hyun-joong’s song “Please” has been canceled as the singer’s agency won a suit against the Ministry of Gender Equality and Family.

On Dec. 2, the Seoul Administrative Court made a ruling in favor of Kim’s agency Key East Entertainment which asked the court to withdraw the rating given by the ministry on Kim’s song “Please” from Kim’s first solo album “Break Down”.

The decision for the “harmful to youth” rating was given by the ministry due to lyrics such as “In drunkenness I cried ... amidst the cigarette smoke.”

Kim’s agency brought a suit against the department in October.

The court ruled that, “Within songs and media targeted towards youth, it is common to find themes of alcohol and smoking to express feelings of sadness. To protect the freedom of creativity within the music industry, such themes are allowed. Presence of such theme does not necessarily mean an endorsement is taking place.”