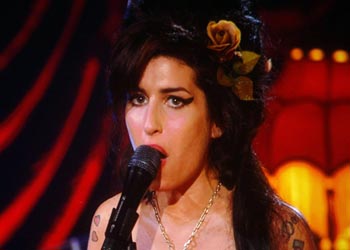 LONDON - Amy Winehouse’s father says meeting the first children to be helped by the foundation set up in his late daughter’s name has been both heartbreaking and heartwarming. The Amy Winehouse Foundation was officially launched 10 weeks ago to support vulnerable youth, and has pledged to donate $780,000 in its first year.

The singer’s parents, Mitch and Janis Winehouse, visited Little Havens Children’s Hospice in Thundersley, east of London, on Wednesday to meet children benefitting from a $15,600 donation.

Mitch Winehouse says “it was heartbreaking actually ... I’m starting to well up now, but heartwarming at the same time.’’ A British coroner ruled the singer, known for hits like “Rehab,’’ died of alcohol poisoning.