Actors team up to make song that will help the needy

Actors team up to make song that will help the needy 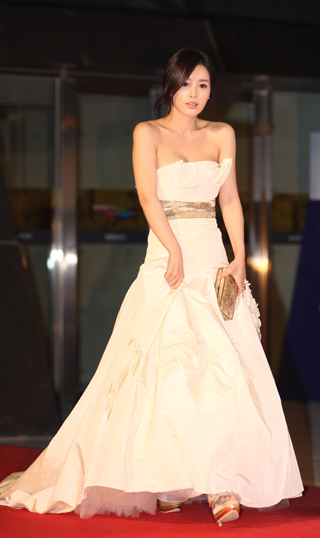 Eight actors and actresses from the Eyagi Entertainment agency have recorded a song with no help from professional singers to benefit charity. All profits from the song’s sales will go toward programs for the needy.

Actor Park Si-hoo, a rising star from the drama “Princess’ Man,” Nam Gyu-ri, the actress who rose to fame in the pop group SeeYa, and Park Si-yeon from the drama “My Girl” were among those who performed the song. The track, titled “Winter Story,” is a cheerful tune based on the lovey-dovey emotions that arise before a love confession, which is made against a winter backdrop. The song was released for sale online on Dec. 5.

“The song is especially significant as it is sung by actors who are not professional singers. These actors have taken time from their busy schedules so that they can make a difference. It may not be full of exceptional singing, but it is a heartfelt recording that contains the hearts of the actors who participated in it,” Eyagi Entertainment said.