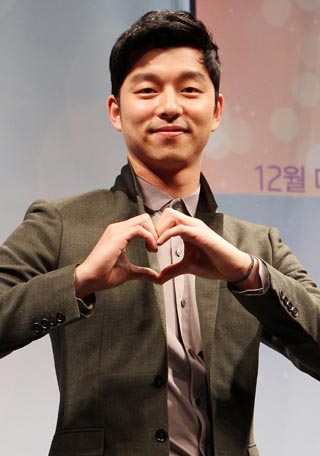 Actor Gong Yoo will tour three cities in Japan to meet fans in celebration of the 10th anniversary of his acting debut.

The Japanese tour, set to start on Dec. 7, comes after a fan-meeting series throughout Korea in September. The Hallyu star will visit Fukuoka on Dec. 7, Aichi on Dec. 9 and Tokyo on Dec. 12. Sessions with fans will be comprised of singing performances as well as talking segments.

The star’s agency Forest said, “Gong Yoo has been planning every minor detail into his Japanese tour. From selecting special guests to song selections and band formations, the actor is taking his time to labor over the details for the best performance.”

Gong Yoo rose to fame through the drama “Coffee Prince 1st Shop.” The actor received much acclaim this year when he pitched a proposal to the author Gong Ji-young to turn her book “Dogani” into a movie. Gong Yoo said he first read the book while in the Army and actively sought to turn it into a film and star in it. The movie was well embraced by critics and audiences alike.