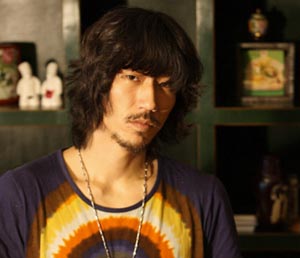 Korean rapper Tiger JK has been featured in the entertainment section of the renowned Los Angeles Times newspaper on Dec. 2.

The article titled “Asian rapper set to roar across L.A.” is an in-depth interview with the Korean-American rapper who grew up on the outskirts of Beverly Hills. As an Asian artist trying to make it in the hip-hop world, Tiger JK said, “It was rare to see an Asian dude rapping then, so I got a pass - when I was mediocre, they said I was a lot better than they’d thought. But when I got good, they couldn’t admit it.”

Tiger JK also talked about his time with “Drunken Tiger,” the rap crew he was a part of that launched his rap career in Asia. The Korean rapper was in Los Angeles for a rap concert aimed at increasing the awareness of Korean rap to American audiences. The concert titled “The Jungle Concert” featured R&B singer and wife of Tiger JK, Yoon Mirae as well as Lee Ssang, Bizzy and Jung In. Yesterday, Tiger JK thanked his fans for making his time in Los Angeles “a beautiful homecoming.”