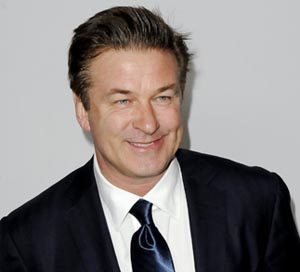 LOS ANGELES - Alec Baldwin says he was kicked off a plane Tuesday at Los Angeles International Airport after having words with a flight attendant over an “addicting” word game he was playing on his cellphone.

The “30 Rock” actor was asked to get off a New York City-bound flight for playing “Words with Friends” while the plane idled at a gate Tuesday, said Baldwin’s spokesman, Matthew Hiltzik.

“He loves [the game] so much that he was willing to leave a plane for it,” said Hiltzik, who added that Baldwin boarded another American Airlines flight to New York.

Baldwin, a prolific Twitter user, took to the social media site to vent, saying a “flight attendant on American reamed me out 4 playing Words With Friends while we sat at the gate, not moving.”

It wasn’t clear if passengers had been asked to turn off their cellphones, which is typical before a flight backs away from the terminal.

Airport police Sgt. Belinda Nettles said officers did not respond to the incident.

Baldwin tweeted that it would be his last flight with American, despite the fact that they show “30 Rock” for in-flight entertainment. He mocked American Airlines flight attendants on Twitter, saying the airline is “where Catholic school gym teachers from the 1950s find jobs as flight attendants.”