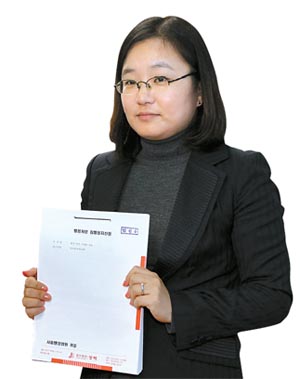 KT, the country’s No. 2 mobile carrier, originally intended to pull the plug on the network at midnight yesterday. Although it remains the standard in many Western countries, 2G has more of an archaic feel about it in Korea as the country begins ushering in a new high-speed 4G network.

But a public backlash saw 1,000 of the telecom company’s customers on its 2G network file a class-action suit against the Korea Communications Commission (KCC) on Nov. 30 for approving KT’s plan last month.

The suit sought a preliminary injunction nullifying KCC’s approval until the case goes to trial. It was based on the argument that KT used “illegal means” to reduce the number of its 2G users, claiming the regulator was guilty of neglect. 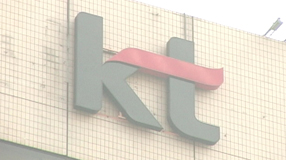 The Korea JoongAng Daily interviewed Choi Soo-jin, the lawyer representing the plaintiffs, via e-mail yesterday. Choi, who also uses a 2G network, said that people’s cell phone numbers deserve to be treated as assets and that KT’s rush to embrace 4G technology at its clients’ expense has caused the public to lose confidence in the company.


Q. Why is this court case important?

A. This case is not just aimed at demanding compensation for 2G users. It is more of a people’s protest against the KCC, which is a government organization tasked with protecting the public interest and supervising businesses. People are taking a stand against this unjust policy decision.

It appears that the people [involved in the trial] have realized that nothing in life is free, even their basic rights. That is why we were able to attract almost 1,000 people with this class-action suit in just 46 hours.

Meanwhile, the fact that the KCC has turned a blind eye to the illegal way in which KT is forcibly reducing its 2G users will also have an impact on SK Telecom and LG U+, which will also end their 2G services sometime in the future. KCC’s decision must be both legal and fair as it will serve as a precedent for future cases that involve old technology giving way to what comes next.

Defendants of the 2G service argue that people’s phone numbers constitute assets. Do you agree?

Many of the people who use 2G phones and services have been using their numbers [with the prefixes 011, 016, 018 and 019] for more than 10 years [but these will all be changed to 010 once they migrate over to 3G]. Mobile phone numbers are like a form of identification, perhaps the second-most used kind after a person’s name.

For people involved in selling, their phone numbers are also an important sales tool. And this is especially the case for those who conduct business with people abroad ... Another indication that a phone number serves as an asset is the existence of an industry where good [auspicious, or easy-to-remember] numbers are traded among users.

What lessons are to be learned from this case?

KT has lost people’s confidence. Not only will its formerly loyal customers move on to other carriers, but KT will also lose future customers. KT executives will one day regret initiating that loss of trust and how difficult the process of regaining it was.

Of course, KT may succeed with its 4G service and achieve a technological edge over its rivals, which could attract new users. But they will not be as loyal as before.

We will keep a close eye on KT to see if it keeps running its 2G network properly, while also keeping tabs on whether the government conducts a full investigation into KT’s illegal activities.