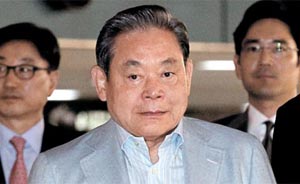 The 59-year-old took the helm of Samsung’s semiconductor division in 2008. His responsibilities widened in July when Samsung merged its semiconductor and liquid crystal display (LCD) divisions in an attempt to bring its parts and component businesses under a unified leadership. 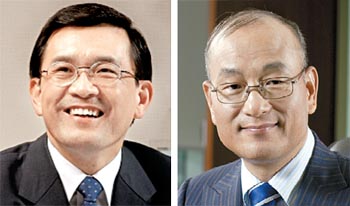 “Kwon has contributed to strengthening Samsung’s market leadership in memory products and has also led the expansion of the non-memory products business,” Samsung Group said in a statement.

With Kwon’s vice chairmanship, Samsung Electronics, the group’s flagship company, will adopt a dual power-sharing structure in which Vice Chairman Choi Gee-sung oversees the finished goods business and Kwon is in charge of parts and components.

Critics say Samsung’s recent aggressiveness in its finished goods business - as shown in the ongoing Samsung-Apple patent war - has put in danger its relationship with chip and display buyers. Analysts are keeping a close eye on how Kwon’s “defense” would balance out Choi’s “offense,” especially in the company’s litigations with Apple.

Meanwhile, Samsung Group also named Jung Yeon-joo - previously president and CEO of Samsung C&T, the group’s trading unit - as a vice chairman and CEO. Jung’s task will mainly be, according to Rhee In-yong, head of communications at Samsung Group, to strengthen the global business portfolio of Samsung C&T.

With this, the group, which has more than 60 affiliates in electronics, engineering, finance, textile and hospitality, has a total of five vice chairmen compared to three in the past.

“By adding more executives who can play pivotal, core roles and strengthening the senior leadership, [the group] wishes to find a balance between their experience and success formula and new leaders’ capabilities and ultimately bring forth changes and innovation,” Rhee said.

Samsung also assigned Chang Won-kie, previously a president of Samsung Electronics, to be a president of Samsung China. Five months ago, Samsung sacked him from the chief position at the LCD unit due to bad business there. Samsung rakes in about 40 percent of its sales from China, and is planning of series of large-scale investments there next year, including building an LCD plant.

“In order to make China our stable production foothold, Chang’s rich experience in semiconductors and LCDs is crucial,” a Samsung official said. “He will also be responsible for boosting brand image and forging local ties.”

Lee Chul-hwan was promoted one notch to become the president of Samsung’s mobile communications unit in charge of R&D.

Lee, a handset and software expert, was one of the driving forces behind the creation of Galaxy smartphones. This marks the first time that an executive with an R&D background has become a president.

Choi Chi-joon was also promoted to be president and CEO of Samsung Electro-Mechanics, which marks the first time that the president of that company was promoted from within.