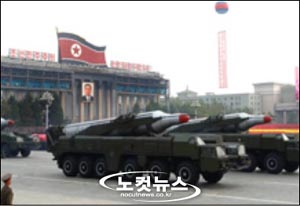 North Korea’s adoption of a new rule on natural disasters last month indicates that experts’ warnings of volcanic eruptions of Mount Paektu have spread throughout the country, the South Korean government said yesterday. 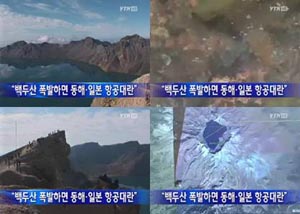 Experts outside the secretive communist country have warned since last year that North Korea’s Mount Paektu, which borders China, may still have an active core, citing topographical signs and satellite images.

The 2,744-meter Mount Paektu, the highest peak on the Korean Peninsula, last erupted in 1903.

“Pyongyang likely intended to calm jitters among the public over an eruption by devising systematic measures, and to draw international support for its disaster-prevention efforts,” Seoul’s Ministry of Unification said in its weekly report.

Experts from the two Koreas held talks on potential volcanic activity at Mount Paektu in March and April.