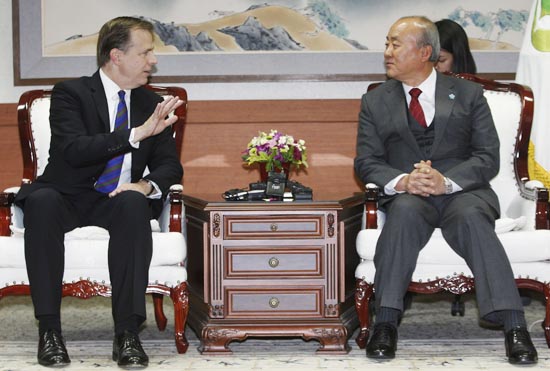 Glyn Davies, left, the new U.S. special envoy on North Korean affairs, talks with Minister of Unification Yu Woo-ik during their meeting at the Central Government Complex in central Seoul yesterday. At the meeting, Davies said he hoped for another round of talks between Washington and Pyongyang. He also urged North Korea to continue talks with South Korea over its nuclear weapons program, indicating that it was an “essential” first step toward a resumption of multilateral nuclear disarmament talks. [YONHAP]