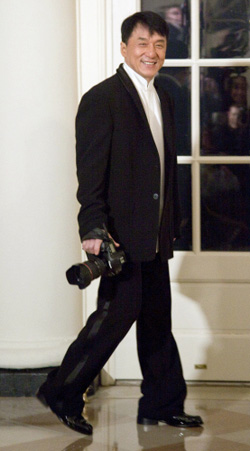 Hollywood superstar Jackie Chan is set to appear in an episode of the hit SBS variety show "Running Man."

The 57 year old film star, famous for his martial arts skills, will appear on the show in a Hong Kong special that will air on Dec. 11. Chan will announce the mission to be completed by the contestants on the show. In a preview of the episode the contestants were visibly stunned at seeing Chan.

The episode is highly anticipated and has generated lots of buzz online with one commenter saying "It'd be greater if Jackie Chan featured as a contestant as well."

Celebrity contestants completing the mission will be actress Lee Min Jung and the singer Jung Yong Hwa from the boy band CNBLUE.