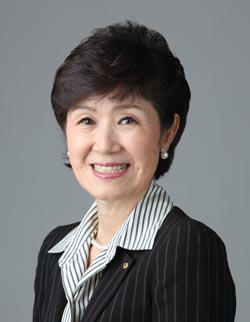 Young female employees who strive to successfully build up their professional careers in a male-dominated society, should take more risks and spend more time expanding their personal network, said Sohn Byung-ok, president and chief executive of Prudential Life Insurance Company. That is how Sohn herself climbed up the ladder to become a first-generation female CEO in the financial industry.

“Compared to men out there, women tend to take less risk,” Sohn said, in a recent interview with the Korea JoongAng Daily. “Young female workers should also be active in communicating with their co-workers and also outsiders to build up their social network.”

Her comments were made as she prepared herself to host the Next Generation Women Leaders’ Conference. Sohn is also the chairwoman of Women in Innovation (WIN), a corporate body that was officially established in March 2009, in support of the Ministry of Gender Equality and Family. WIN hosts the conference twice a year, gathering successful female executives and young female workers together for an efficient mentoring session. There are around 120 mentors from various industries such as finance and retail who are registered as WIN members.

“For women, it means extra hard work to become successful in their careers,” she said. “There is always the challenge of balancing life and work.”

Sohn, 59, shared her own experience of wisely balancing the two, which began as she graduated Ewha Womans University. After studying English language and literature at college, she began working for the Chase Manhattan Bank before joining the Seoul branch of HSBC, which led her then to work for Prudential Life Insurance. Sohn has taken the role of Prudential CEO from May, this year. It was 16 years after she joined Prudential.

“It’s crucial for female workers to be wise in balancing life and work,” she said. “As a working woman, there are so many additional things to take care of, including family work and your children’s education.”

For Sohn, when her daughter was in her senior year at high school, she was never too tired to pick her child up at 1 a.m. when she finished her class at hagwon.

Her priority was her child as she was preparing to enter university. She also noted female workers should develop their personal skills to remain competent.

“Men say company politics is important in getting promoted in a workplace but what should be really important is to build up competence based on wisdom,” she said. “An employee who is competent definitely stands out - whether or not it is a he or she.”