Financial angel for girl who lit self on fire

Financial angel for girl who lit self on fire 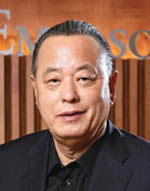 When one chairman of a large golf and resort company heard the plight of a girl who needed surgery for burns she had amassed from attempting suicide by fire, he stepped forward not only to help her heal physically but to also provide a future for her.

Lee Jung-myung, 68, chairman of Emerson Pacific Group, a Korean company that specializes in golf and resort construction and management, provided the entire sum of money needed for the girl’s surgery.

“When I heard the story of a girl who tried to take her own life at such a young age, my heart was saddened. I want Nam to have hope and to help her live a new life,” stated Lee.

The eighteen-year-old girl surnamed Nam, currently is serving time at a juvenile correction center in Daejeon, in which she was placed in June.

Because her mother, who had remarried, beat her and berated her frequently, Nam ran away from home when she was in her first year of middle school.

In September 2010, Nam entered an inn in Bucheon, Gyeonggi and locked herself inside a room. Then, she lit the room on fire.

Her life was saved, but she received a third-degree burn. Her body, including her face, both hands and neck was covered in scars from the burn.

For committing arson and causing 20 million won ($17,433) worth of damage, Nam was sentenced to two years detention at the juvenile center.

But to integrate into society again and live a regular life after release, Nam was in a situation where she would need to have plastic surgery. But she had no means of financing such a surgery. She had been out of contact with her only family member, her mother.

Lee reached out to Nam after hearing about her situation and paid the full sum of the surgery, amounting to 50 million won. Furthermore, after Nam serves her sentence, she will be able to find employment at the company, and provided with room and board.

Lee has spent six years as the chairman of the Ministry of Justice’s crime prevention committee branch in Daejeon.

In 1995, Lee founded a tourism development company and entered the golf and leisure business. In 2004, the company was renamed to Emerson Pierce Group.