Modern art goes on the block in two events

Modern art goes on the block in two events


Korea’s two biggest auction houses will hold their last events of the year this week.

At the K Auction sale on Wednesday, the most notable items are 44 pieces of wooden furniture made for noblemen in the Joseon Dynasty (1392-1910). These include a wooden box inlaid with ox horns and flowers and birds. The price is estimated at between $22,000 and $31,000.

Works by renowned foreign artists will also be put up for sale. These include “Pia Zadora,” a silk screen portrait of the American singer and actress by Andy Warhol. Its price is estimated at between $710,000 and $880,000. Also among the works on sale is Alexander Calder’s kinetic sculpture “Presque un Triangle” estimated at $270,000 to $440,000.

Meanwhile, Seoul Auction will present works by Korean modern artists. These works are popular among wealthy local collectors but difficult to acquire because there are few of them. For the first time, the works will be sold in a separate session from that for contemporary artists. 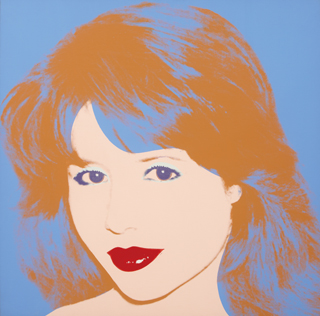 “Pia Zadora” by American Pop artist Andy Warhol will be on sale at the Seoul Auction and K Auction, respectively, this week. Provided by the auction houses

“This means we will move more actively to secure works by Korean modern masters,” Seoul Auction said in a press release.

In the auction, scheduled for Thursday, paintings by Lee Joong-seop and Park Soo-keun, two of the most important painters in Korea’s modern art history, will be on the block. Lee’s work “Family Leaving the Road” is estimated to be worth 2 billion won ($1.74 million).

The Seoul Auction preview runs until Wednesday at the house’s Gangnam branch in Sinsa-dong, southern Seoul. Hours are 10 a.m. to 7 p.m. The auction starts at 4 p.m. on Thursday. Go to Gangnam-gu Office Station, line No. 7, exit 3, and walk for 15 minutes. For details, call (02)395-0330 or visit www.seoulauction.com.