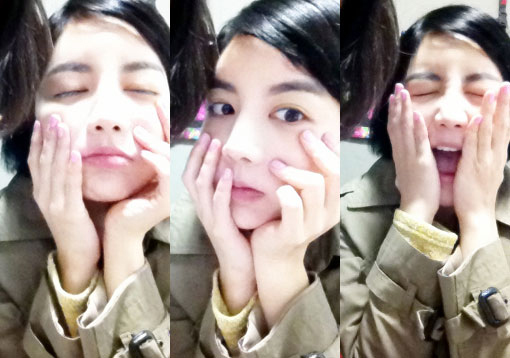 Amy has confessed to having had plastic surgery on her mini homepage.

The entertainer turned heads when she appeared on an episode of KBS’s “World Today” last Tuesday with a dramatically different appearance.

On Saturday, the television personality used her mini homepage to confirm that she did indeed have plastic surgery on her eyes.

“I wanted to change myself and opted for eyelid enhancement surgery,” the actress said.

“It retrospect it was a mistake. I’m still swollen from the procedure.”

Amy also talked about how difficult the last two years have been for her and said she chose to change her outer appearance in a bid to transform herself.

She added that although many people suspect that she had other procedures done, she hasn’t.

“I’m sorry if I’ve disappointed anyone,” she said. “I will make a comeback as a new person, not just on the outside, but on the inside as well.”