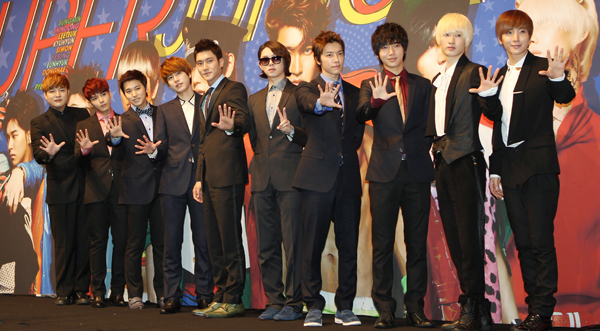 Donghae and Eun Hyuk from the boy band Super Junior have announced they will release a digital single together on Friday.

The band first performed the song, “Oppa has Arrived,” at its “Super Show 4” concert in November, the band’s agency SM Entertainment said in a release on Friday.

The duo will perform the song on television for the first time on KBS’s “Music Bank” on Dec. 16.

They will perform it again on SBS’s “K-Pop Countdown” on Dec. 18.

In the meantime, the 13-member boy band will contribute the title track to a winter album featuring various artists from SM Entertainment.

The Super Junior song is called “Santa, You are the One.”