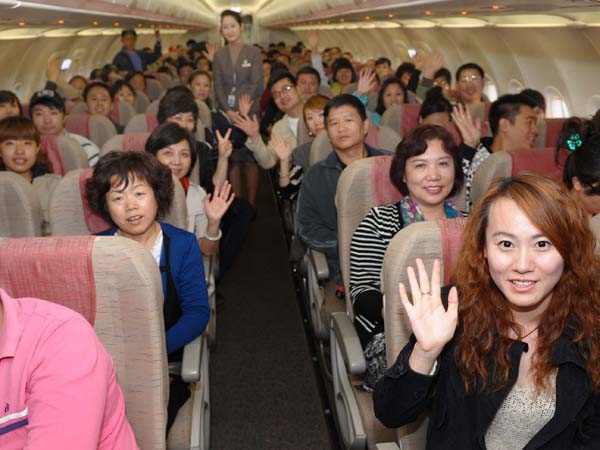 Asiana Airlines saw the number of its international passengers surpass 10 million for the second consecutive year in 2011, it said yesterday.

The country’s second-biggest airline said it hit the number yesterday, six days earlier than last year. The airline served 10.4 million international passengers last year, and the number is expected to exceed 10.6 million this year. This means that an average of 29,000 passengers travel Asiana’s international routes every day.

Asiana said a continuous rise in the number of passengers heading to China, the U.S. and Europe helped it reach the 10-million figure for a second year. Asiana has been operating a charter plane for Chinese passengers from Incheon to Jeju since October 2010 (pictured).