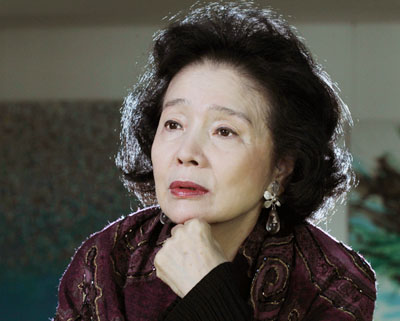 LOS ANGELES - The Los Angeles Film Critics Association passed over big Hollywood names to bestow its best-actress prize on Yun Jung-hee for the Korean drama “Poetry,” in which she plays a grandmother in the early stages of Alzheimer’s who struggles with a new desire to write a poem.

The critics’ group’s prizes are an early influence on the way to the Academy Awards.

George Clooney’s family drama “The Descendants” was chosen as the year’s best film. Clooney plays a neglectful father in Hawaii trying to tend his daughters after his wife falls into an accident-induced coma.

Michael Fassbender won best actor for a breakout year that included leading roles as a sex addict in “Shame,” as a genetic mutant in “X-Men: First Class,” as psychiatrist Carl Jung in “A Dangerous Method” and as sullen Victorian gentleman Rochester in “Jane Eyre.”

Kirsten Dunst was best-actress runner-up as a depressive woman who finds inner strength as another planet bears down on a collision course with earth in “Melancholia.”