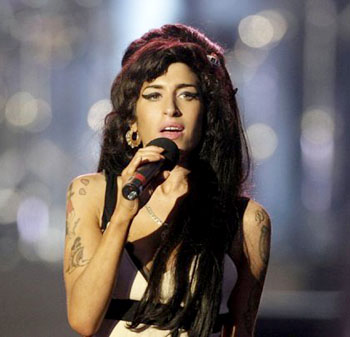 The posthumous collection of alternative versions of classics, unreleased tracks and covers hit the number one spot after being released last Monday.

Producers Salaam Remi and Mark Ronson put the 12-track album together after listening to thousands of hours of recordings by the singer, who died in July aged 27 following years of drug and alcohol abuse.

The Official Charts Company said the album sold more than 194,000 copies to give Winehouse the biggest weekly sales tally of her career.

The record replaces “In Case You Didn’t Know” by British singer-songwriter Olly Murs at the number one spot in the album chart.

Some of the proceeds from the album will go toward the Amy Winehouse Foundation, set up in the singer’s memory to help fund charities that support young people.

“It’s such amazing news that Amy’s album has gone to number one, and just goes to show what she still means to people,” said the singer’s mother Janis Winehouse.

“It’s especially good for the foundation and knowing that every sale will go to help a deserving cause makes the news all the more special. I’m so proud of my daughter and so happy that she is still touching people.”