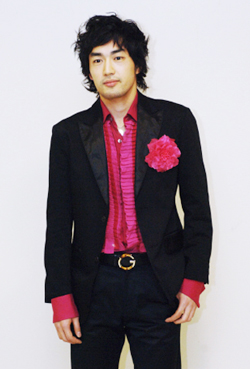 The agency said in a statement yesterday that the model-turned-actor has again signed up with the agency “in order to broaden his acting potential in Korea.”

Eyagi added that it will work to strengthen the actor’s involvement in film.

The Japanese entertainer made his debut in Korea in 2003 through advertisements for Dunkin’ Donuts, Hyundai Motor, Olympus and SK Telecom.

His popularity has helped him land roles on various dramas, including MBC’s “Soul Mate,” SBS’s “Tokyo Shower” and KBS’s “The Road Home.” Most recently, the actor was cast in the Korean action movie “War of the Arrows.” Ryohei is also set to be featured in an episode of OCN’s “Hero,” in which he will play a mob boss. The episode will air next March.

In addition, the celebrity is one of eight actors featured in a song produced by Eyagi Entertainment. The song, “Winter Story,” was produced to raise funds for the needy and was released on Dec. 5.