Unprecedented wave of promotions at Samsung

Unprecedented wave of promotions at Samsung 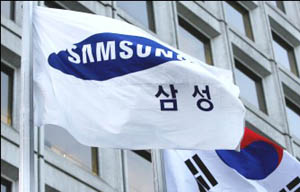 Samsung Electronics conducted its largest wave of promotions to date yesterday as it unveiled the names of 501 senior-level executives who are to be moved up.

“The latest promotions were carried out with the aim of encouraging growth in key business areas, despite ongoing difficulties,” the company said.

One of the stand-out elements of yesterday’s disclosure was the number of female executives who were nominated to move further up the ranks. 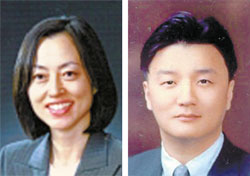 Shim Sue, 49, becomes the first-ever female executive vice president of Samsung Electronics. Shim has served as a senior vice president at the global marketing department. Known for her marketing expertise, she has applied scientific methods to marketing and has experience at P&G, a multinational household goods maker.

Besides Shim, eight female executives at five subsidiaries were promoted. Of these, the three new senior vice presidents are Kim Ki-seon at the electronics unit, Kim Jung-mi at Cheil Industries and Oh Hye-won at Cheil Worldwide.

Kim Ki-seon oversaw the launch of the Galaxy Note, Samsung’s newest tablet. Kim Jung-mi was behind the success of Samsung’s fashion brand, Kuho, and Oh was in charge of the Samsung smart TV advertising series that featured actor Hyun Bin.

“An era of female executives has arrived at Samsung. Our efforts to raise talented female staff have finally borne fruit,” a Samsung official said.

Another trend in the reshuffle was the lack of discrimination shown for employees’ academic background.

Kim Jun-yun, who does not hold a college degree, was promoted from manager to vice president two years ahead of schedule according to the company’s seniority ladder. Kim graduated from Gumi Electronic Technical High School and joined Samsung’s manufacturing sector. He is known to have built numerous mobile phones for the company.

Yoon Jang-hyun, another manager at the electronics unit, was promoted to vice president three years ahead of schedule. He received the promotion in recognition of his contribution to developing Samsung Linux Platform, the company’s only software platform.

About 15 percent, or 77, of the executives who were promoted yesterday moved up faster than usual. Eight foreign executives, including Istvan Facsko at Samsung’s Hungary branch, were promoted.

The sales and marketing sector had a greater number of promoted officials this year. Newly appointed executives in this sector stood at 92, up from 72 last year. Meanwhile, the R&D sector saw fewer moved up, or 89 compared to 100 last year.

Among those who received new job titles, 175 were raised to top management positions, the biggest number in the group’s history, suggesting fiercer competition for future chief executive officer positions.

From the family of Chairman Lee Kun-hee, Samsung Electro-Mechanics Senior Vice President Yim Woo-jae was promoted to the role of executive vice president. Yim is the husband of Lee Boo-jin, the first daughter of Chairman Lee and the president of both the Shilla hotel and Samsung Everland.

In separate news, Samsung appointed Kim In-joo, an advisor to Samsung Card, as president of Samsung E&C. He was once at the forefront of Samsung Group’s management before taking an extended break.