Building Korea on pillars of steel

Building Korea on pillars of steel 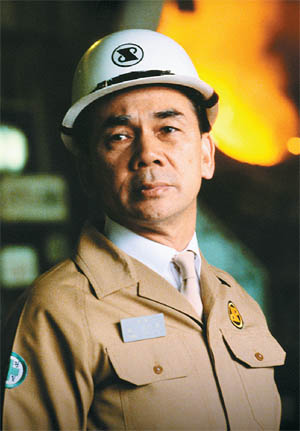 Although he was known to the world as Korea’s “Steel King,” 84-year-old Park Tae-joon did not have a fortune behind him when he went to the hospital last month in the final stages of his battle with a crippling lung disease.

When he died, the founder and honorary chairman of Posco, the world’s fourth-largest steelmaker, did not own a single share in his company. His family claimed he could not even afford to pay his medical bills after being hospitalized for one month.

In 1988, when more than 10,000 employees were awarded 10 percent of the company’s stocks to share, the chairman made himself an exception to underscore his belief in the need for management and ownership to remain clearly separated in the interest of transparency.

And when Park came under the watchful eye of tax agencies in 1993 due to pressure from his political opponents, he was one of few Korean businessmen to be found not guilty of tax evasion after falling within local authorities’ crosshairs.

What made Posco the success story it is today was arguably Park’s belief in integrity and his antipathy to corruption, which laid a solid groundwork for the nation’s No.1 steelmaker to blaze ahead.

Park, who passed away on Dec.13 after earlier having one of his lungs removed, served as a pioneering figure in Korea’s industrialization, when the country rose from the ashes of the 1950-53 Korean War to effect what has later been called its economic miracle.

Park, who performed many roles as a businessman, politician and educator, is credited with leading the country to become one of the world’s leading industrial powerhouses.

He was born in 1927 in Busan but moved to Japan while still young and first came into contact with the material that would generate his fortune while a middle school student there.

When Park returned to Korea after the country liberalized, he enrolled at the Korea Military Academy, where he made the acquaintance of a young lieutenant called Park Chung Hee. The man who would become Korea’s fifth president soon warmed to Park, drawn initially by his ability to solve challenging ballistics issues. This marked the beginning of a 20-year-long relationship that would see the two men rise to utmost prominence in the nation. 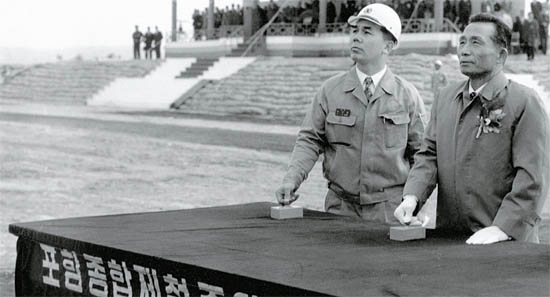 
‘Failure not an option’

The early 1960s proved a tumultuous time in Korea’s political history, with a student uprising taking place on April 19, 1960, that unseated the republic of Syngman Rhee, followed by a military coup on May 16 of the following year.

Park Chung Hee took office in 1963 and tasked the aspiring young politician and entrepreneur with saving Korea Tungsten, an exporter that was reeling from huge deficits in 1964.

The company swung back into a surplus in the following year due to Park’s management prowess.

A few years later in 1967, as President Park was looking to nominate a commissioner for a national project to build the country’s first steel mill, he famously told Park Tae-joon, who was still serving as president of the tungsten exporter, of his grand plan to divide the workload among them.

“Expressways and steel mills are essential if industrialization is to be a success,” said the military strongman. “I will be responsible for Gyeongbu Expressway. You take the steel mills. Running a steel mill is no mean feat for an average man. But you can do it,”

This marked the beginning of Park’s reinvention as a business dynamo at the head of the nation’s steel industry. By building a steel mill in Pohang, North Gyeongsang, he contributed to laying the foundation for the Korean economy to grow into an Asian Tiger.

With the full support of Park Chung Hee, he helped build Pohang Iron and Steel - the precursor to Posco - in 1968 in a land of sand in Pohang’s coastal Youngilman district.

In doing so, he overcame fearsome skepticism from overseas and calls to abandon the plan and first learn how to run a steel mill already set up in another country. Due to Korea’s lack of experience in terms of foreign capital borrowing and operating a steel mill, many people assumed Park would fail in his endeavor to turn a profit.

He proved them wrong, resorting to a number of measures, such as borrowing money from Japan. Given that Korea served as a colony of Japan until the end of the Second World War, Park would joke that he was using his forefathers’ tax money to become a captain of industry.

He also recalled how a comment made by President Park at the construction site of the mill caused him to firm up his resolve to succeed.

Meanwhile, his philosophy of never saying die and refusing to quit became coined as his so-called “turn right” spirit - known in Korean as woohyangwoo. This is a somewhat oblique reference to his famous comment that if the mill proved a failure, all the employees would jump into the sea.

The first of 22 individual plants was completed in July 1972, and the first furnace produced its maiden batch of molten metal in June 1973.

By the 19th day of that same month, all 22 plants were completed, after 39 months and with the support of more than 3.1 million employees. And in its first year of operation, Pohang Steel recorded $100 million in sales and $12 million in net profit. This made it the first steel mill in the world to register a surplus in the first year. 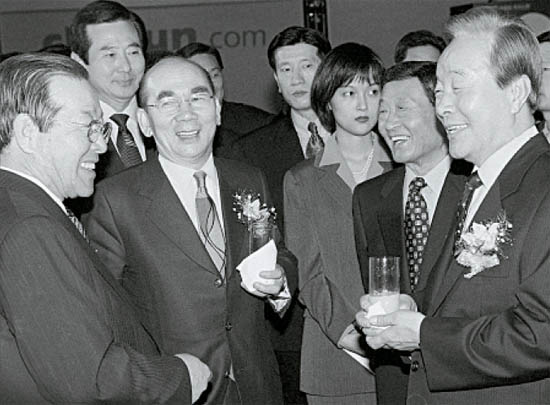 In 1980, Park entered the political circle at the age of 53. Claiming he wanted to protect Pohang Steel from political pressure after President Park was assassinated in the previous year, he encountered more frustrations than achievements as a four-time lawmaker.

He felt especially betrayed by Kim Young-sam, a former political colleague turned foe. When Kim governed the country from 1993 to 1997, a persecuted Park felt compelled to go into exile overseas. However, his return was more triumphant, and he was elected as a lawmaker in Pohang.

Under the Kim Dae-jung administration, Park served as the leader of the Liberal Democratic Coalition from 1998 to 2000 and was nominated as prime minister in 2000.

He made all-out efforts to reform the political system by adopting a fairer electorate system, but faced opposition from other lawmakers and was again betrayed by his own party.

His failed in his quest to curb corruption and came under pressure to step down within five months of taking the post.

After quitting the political sphere, he held no title other than that of Posco’s honorary chairman, the company to which he returned in 2002.

Park is survived by his wife, four daughters and one son.