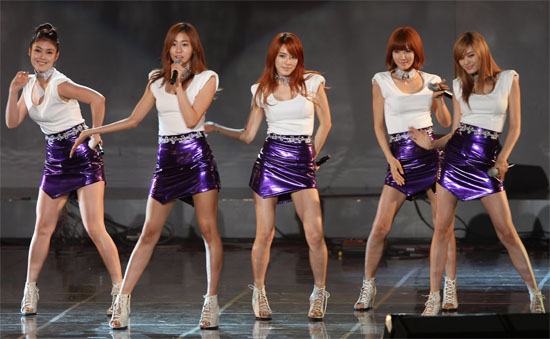 
Girl group After School has become the new face of Shibuya 109 department store in Japan.

A billboard featuring the eight members of the band around large gift boxes is currently hung on the cylindrical exterior of the store in the heart of Tokyo. Ribbons are wrapped around the legs of the girls in the spirit of the holiday season.

“After School’s popularity has skyrocketed since the group’s debut four months ago. We believe the group has much potential in Japan, especially in the fashion industry. The group was chosen because our primary target consumers are young women, many of whom are fans of the band,” a spokesperson for the department store said.

After School is set to release its third single, “Rambling Girl,” in January, and Kahi from the band will be featured in the teen drama “Dream High 2,” which will be broadcast from Jan. 30.