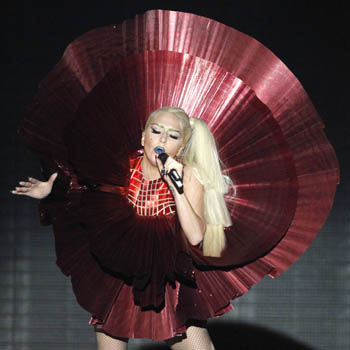 LOS ANGELES - Lady Gaga towered over other female musicians in 2011, heading a list of top earning women with an estimated $90 million in income, according to a Forbes.com survey released on Wednesday.

The “Born This Way” singer and performance artist made more than double her nearest rival - country/pop artist Taylor Swift - thanks to multiple endorsement deals and an estimated $1.3 million nightly gross ticket sales from her concert tour.

Swift earned about $45 million, thanks to her hit album “Speak Now,” perfume line and other deals, just ahead of “Teenage Dream” singer Katy Perry with $44 million.

Forbes.com drew up its list from data on pretax income compiled through record sales, touring data and interviews with music lawyers, managers and concert promoters.

Beyonce’s 2011 income dipped to an estimated $35 million, mostly because of her relatively small amount of touring this year, but her new album “4,” fashion line, and two fragrances helped to put her in fourth place.