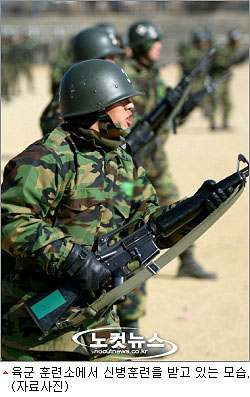 Canada granted refugee status to a gay Korean who feared being abused during military service, raising new questions about the country’s compulsory conscription.

According to the Center for Military Human Rights in Korea yesterday, the Immigration and Refugee Board of Canada (IRB) accepted an asylum request from Kim Gyeong-hwan in July 2009.

Kim, 30, obtained the right to permanent residence in Canada in 2010 and is now studying and working in Calgary.

The ruling also quoted unconfirmed research results. “Thirty to 40 percent of Korean conscripts are victims of physical punishments,” a ruling by the IRB’s Paule Robitaille read. “Moreover, around 60 percent of all causes of deaths in the South Korean Army are suicides.”

Citing an expert in Korean history and society, the ruling said: “He [the expert] indicates that homophobic attitudes within the military are still given ‘official status’ since it is viewed in the society as a ‘sin against God.’ It is still considered a mental illness. ... If a homosexual is expelled due to his sexual identity, he probably cannot enter into the public sphere such as employment or schools.”

“In light of all the documentary evidence provided by the claimant’s counsel and his testimony, and considering I was not provided with evidence to the contrary, I conclude that there is a serious possibility that the claimant would be persecuted if he were to return to his country, since he was drafted and would have to do his military service,” Robitaille concluded.

The center said that Kim also told them he was a pacifist and has “never agreed to the existence of army and war.”

All physically and mentally fit Korean men must do 21 months of military service. Being gay is not a disqualification for the service. The military punishes anyone who has gay relationships in the Army.

Koreans who refuse to do the service, such as conscientious objectors, are jailed for 21 months.

Speculation is rising that Canada’s ruling could spark a wave of Koreans seeking asylum to avoid doing their service.

However, the Constitutional Court ruled in 2004 and last August that the current military service law is constitutional.

The Supreme Court in October said the country can punish conscientious objectors criminally.