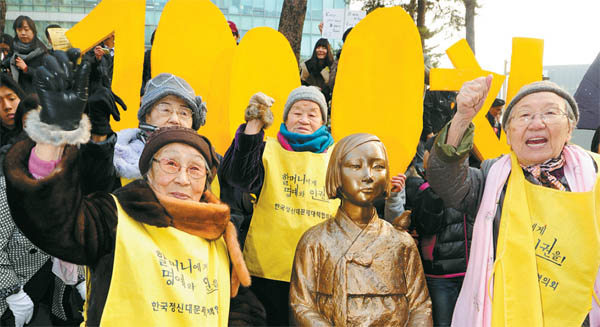 Former “comfort women,” or sex slaves of the Japanese military, and their supporters hold their 1,000th weekly protest yesterday outside the Japanese Embassy in Seoul at a newly erected Peace Monument, a sculpture of a young comfort woman. They vowed to continue their struggle for an apology from Japan’s government and compensation for their suffering during World War II. [YONHAP]