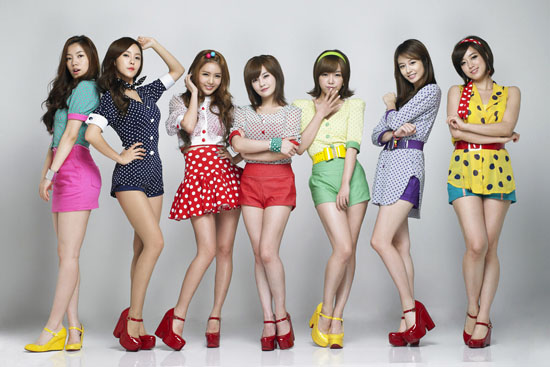 
On Dec. 13, K-Pop group T-ara attended a two-hour promotional event for Tony Moly, the cosmetic store endorsed by the band. At the Tony Moly store in Xiemending, the members signed autographs for some 2,000 fans at the very first Tony Moly store established in Taiwan.

Although the signing event didn't begin until 4.p.m local time, fans lined the streets for the band from as early as four hours prior to the event. There were also more than 500 fans who turned up at the airport to welcome the band.
Local media networks such as China News and SET TV also covered the event.

"This signing event was a way for us to say thank you to our customers," said a representative from the marketing department of Tony Moly cosmetics.
In addition, the representative said there were more surprise events to come in the future.

T-ara is currently busy touring in Asia promoting their single "Cry Cry." A new song, "Lovey Dovey" will be released by the band in January.

The girl group will also showcase their dance moves on the show "T-ara's pretty boys" on the SBS network. The program featuring the band is a dancing survival show where the members will be paired up with professional dancers in a dance battle.