Solarfun Power’s solar cell modules manufacturing plant in China, above, was acquired by Hanwha Group in August. Hanwha has been readjusting its solar energy business and has heavily invested in the industry after naming clean energy as a new growth engine for the conglomerate. [JoongAng Ilbo]


Kim Dong-kwan, the eldest son of Hanwha Group Chairman Kim Seung-youn and potential heir, has been sent to the forefront of the conglomerate’s solar energy business.

The move comes at a time when the global solar energy business has seen dwindling sales from the worldwide economic slump.

Although the son has been on Hanwha SolarOne’s board since December 2010, he will now be in charge of strategic planning and executing related businesses in his new position. 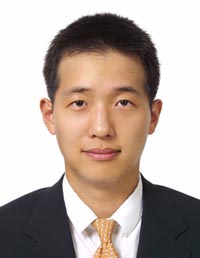 Industry sources say the promotion could serve as an opportunity for the younger Kim to prove his mettle to succeed his father as the next chairman of Hanwha Group.

A graduate of St. Paul’s School in New Hampshire and Harvard, where he received a BA in government, Kim Dong-kwan joined Hanwha Group in January 2010 as a managing director of the conglomerate’s management and planning division.

Hanwha SolarOne is the flagship company of the Hanwha Solar Network and manufactures silicon ingots, wafers and photovoltaic cells and modules in China.

The conglomerate in recent years has aggressively focused on its solar energy business. In addition to promoting the chairman’s son, Hanwha Group announced yesterday that its head of strategic planning, Kim Hee-cheol, has been named president of Hanwha SolarOne. Hanwha Group said Kim helped the conglomerate weather the Asian financial crisis in the late 1990s by rearranging its business portfolio.

Korean businesses including Hyundai Heavy, Samsung SDI and Hanwha Solar have been investing heavily in the photovoltaic industry since last year, seeing it as a promising new growth engine.

The Korean photovoltaic industry, however, has been hit by both the U.S. recession and the euro zone crisis, with decreased global demand for polysilicon, solar cells and modules.

The price of polysilicon, the barometer of the industry, plunged to $34.50 per kilogram in early November. Until the first half of 2008, the price had hovered above $300 per kilogram, according to Taiwan-based PV Insights.

The entrance of Chinese companies into the solar energy industry has also eaten into the industry’s profitability with their lower prices.

Industry sources said they believed that Hanwha Group Chairman Kim Seung-youn assigned his eldest son to the solar energy business because he wanted to groom him in a challenging realm.

The chairman took over Hanwha Group at the relatively young age of 29 after the death of his father, founder Kim Jong-hee.

Kim Seung-youn expanded the group through a series of mergers and acquisitions. The group now has 50 affiliates in various industries including solar energy, chemical manufacturing, construction, finance, retail and leisure.