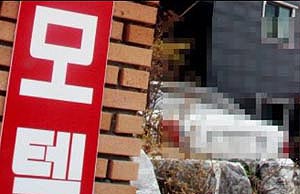 The government has banned a Korean-Australian man from entering the country for his involvement in luring Korean women to Australia for prostitution.

The man, in his 50s, has posted advertisements for sexual services performed by Korean women on bulletins published by a Korean community in Australia, an official from the Ministry of Foreign Affairs and Trade said.

The entry ban against the Korean-Australian went into effect Tuesday, the official said.

The Immigration Management Act allows the government to ban the entry of a person who holds a foreign passport if there are sufficient grounds to believe that the individual would hurt the country’s economic and social order or its customs.

Sex trade is illegal in Korea, and Koreans convicted of trading, arranging or promoting prostitution either at home or overseas, as well as foreigners caught in Korea engaging in prostitution, can face criminal charges. Foreigners involved in such activities overseas are not subject to the country’s law.

“We received many complaints from Korean residents in Australia over the obscenity of the advertisements the man posted,” the ministry official said. “We urged him on several occasions to stop advertising, but he was not willing to do so, so we decided to come up with a strong countermeasure.”

The official said that the entry ban would help discourage others from getting involved in sex trafficking of Korean women because such activity requires them to frequently come to Korea to talk with brokers and recruit Korean women.

Sex services illegally provided by Korean women are becoming a social issue in some foreign countries. In Australia, in particular, the number of Korean women involved in prostitution amounted to 1,000 people, according to data from an Australian civic group.

Most of the Korean prostitutes there are known to be misusing the country’s working holiday visa, the ministry said.

Last month, the Korean and Australian governments upgraded bilateral cooperation on the issue and discussed possible countermeasures against illegal prostitution in Australia by Korean women.

The two governments also suspect that a criminal gang is behind the sex trade in Australia of Korean women.

“We are also looking at sex trafficking of Korean women in other countries including the United States and Japan and working through Korean consulates to prevent it,” the official said.