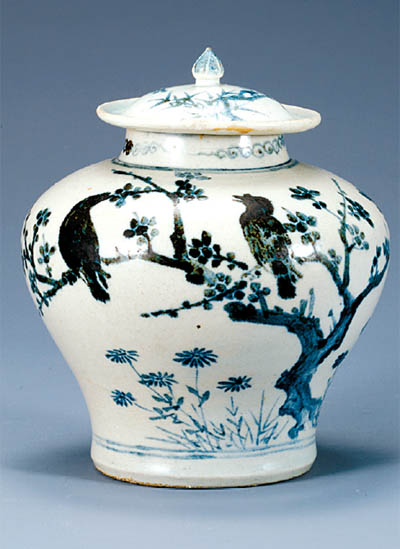 Well known for its magnificent shape and design, the jar is a good example of 16th-century white porcelain. On the body, bamboo and plums are painted realistically. Bamboo is depicted in a technique that maximizes the effect of light and shade. By depicting straight bamboo canes, the artist hoped to express the integrity of bamboo.

On the opposite side, by detailing plum trees with small branches that rise straight up, the artist created a poetic and noble mood. Seeing that its design is done with a refined and elegant technique, it is likely that the jar was designed by a court painter.

Also, through the strong integrity and nobleness of the bamboo along with the plum tree’s lyrical and antique depiction, the technique of the Four Gracious Plants in the 16th century is captured.