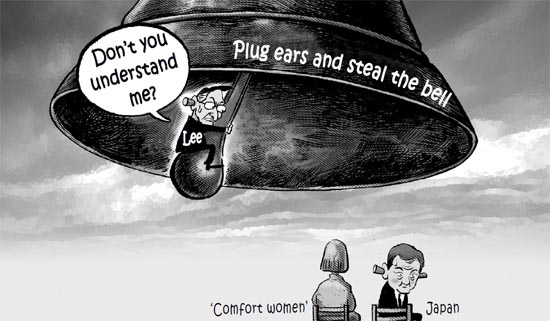 A group of Korean professors chose an old Chinese phrase - “Plug ears and steal the bell” - as the word of the year as a metaphor for President Lee Myung-bak’s lack of communication skills. In a meeting with Lee, Japanese Prime Minister Yoshihiko Noda also didn’t listen to Lee’s demands for Japanese reparations for forcing thousands of Korean women into sexual slavery.