KT defends rush to use LTE on 3G network

KT defends rush to use LTE on 3G network 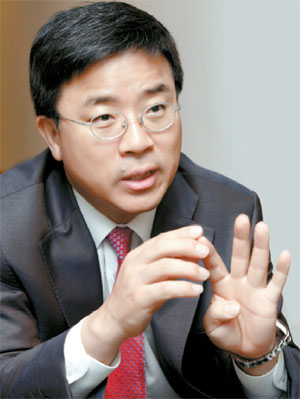 After KT, the nation’s second-largest mobile operator, announced last week that it will start selling the newest long-term evolution (LTE) smartphones on third-generation (3G) calling plans, the mobile carrier was sprayed with criticism by its competitors for violating standard market practices.

But according to Pyo Hyun-myung, president of the individual customer division at KT, this is the only viable option for the company, which has found its hands tied by a recent preliminary injunction blocking its plan to shutdown its 2G network. KT originally planned to use this to run its 4G service.

KT has appealed the ruling so that it can launch its 4G service, as approved by the Korea Communications Commission in November, but does not know when the appeal will be heard. “Every day we receive at least 100 inquiries from customers asking us when our LTE smartphone service will be available,” Pyo said. “We just can’t wait.”

KT officially began selling the new handsets on 3G plans yesterday for a limited period until Jan. 20. Customers who purchase Samsung Electronics’ Galaxy Note, Galaxy S II HD LTE or Pantech’s Vega LTE M will receive discounts of up to 90,000 won ($78) on the smartphones during this period. 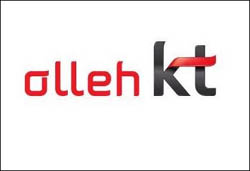 KT’s two rivals, SK Telecom and LG U+, both launched their 4G services earlier this year.


Q. Aren’t you overlooking the interests of your 100,000 subscribers who still use the 2G service?

A. KT has 16.8 million customers. Most of them want fast and quality mobile service. It’s a mobile carrier’s duty to provide customers with better service.

People who use 2G phones and services can retain their old numbers when they migrate over to a 3G network until 2013. They can also find equally cheap 3G calling plans. KT is even providing subsidies to those 2G service users who transfer to other mobile carriers’ networks.

So the rush to LTE isn’t just profit oriented?

If KT had made this much money, we would have been able to lower the price of our calling plans. We also invest over 3 trillion won every year. What comes before profit is advancing the telecommunications infrastructure. ... If we only cared about profits, we wouldn’t invest so heavily.

But given that the main selling point of LTE smartphones is their fast data-crunching speeds, isn’t it kind of pointless to sell these with 3G service calling plans?

The bigger purpose behind introducing the new LTE service is to improve the quality of the nation’s telecommunications service. That explains why we want to shut down our 2G service and also why we want to allow customers to use LTE smartphones on 3G calling plans for the time being.