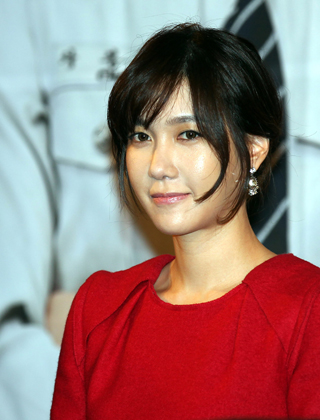 The news places E as a member of one of Seoul’s most influential families from the days of Korea’s liberation from Japan. The female celebrity’s grandfather donated a large sum of money in 1976 for the creation of the famed Seoul Arts High School. Kim was also the chairman of another prestigious school, Kyunggi High School, which is known for its illustrious alumni.

Following in the footsteps of her grandfather, E’s father was also revealed to be a wealthy businessman who oversaw business matters in Korea and the United States. The agency further stated, “We don’t want to reveal any more details as that infringes on the rights and personal life of our talent.”

E rose to fame when it was revealed early this year that she was secretly married to rocker Seo Taiji. The two claimed that they married in 1997 in the United States.