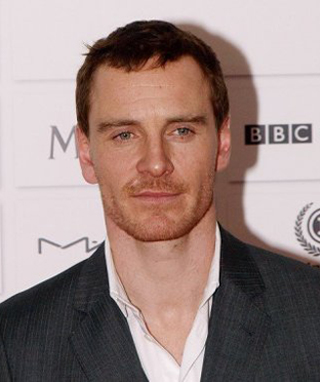 LOS ANGELES - Michael Fassbender’s last movie might be called “Shame,” but the German-Irish actor has nothing to feel bad about as he rides a wave of success and aims at Hollywood gold this awards season.

The 34-year-old’s big-screen career has exploded with a string of movies in the last four years, before his Golden Globe nod last week for his role as a tortured sex addict in “Shame,” his latest film with director Steve McQueen.

His meteoric rise has included an award-winning role as Northern Irish hunger striker Bobby Sands in 2008’s “Hunger,” as well as turns in Quentin Tarantino’s “Inglourious Basterds” and the latest “X Men” blockbuster this year.

“I spent a lot of time out of work. Now I’m trying to make hay while the sun is shining,” the chiseled actor, who lives in London, said of his success of recent years.

Born on April 2, 1977, to a German father and a Northern Irish mother in Heidelberg, Germany, Fassbender moved with his family moved to Killarney, County Kerry, in southwest Ireland, when he was two years old. After dropping out of London’s Drama Center, his career began on the small screen when he was 24, including an early credit in 2001 in the World War II series “Band of Brothers,” executive produced by Steven Spielberg and Tom Hanks.

His big break arguably came three years ago with “Hunger,” directed by McQueen, a role for which he lost 31 pounds to play Bobby Sands in an Irish Republican Army hunger strike in Northern Ireland’s Maze prison.

The role won him British Independent Film best actor and caught the eye of Tarantino, who cast him as British officer Lieutenant Archie Hicox helping Brad Pitt’s Nazi-killers in “Basterds” - a role that let him put his fluent German to use.

The Tarantino film also won a Screen Actors Guild award for best movie cast, just one of a growing mantelpiece worth of gongs he has picked up - 19 wins and 10 nominations in all so far, including for 2009’s “Fish Tank.”

This year has seen critical success with “Jane Eyre” and “Shame,” co-starring Carey Mulligan, in which he plays handsome but desperate 30-something New Yorker Brandon Sullivan grappling with sex addiction. AFP