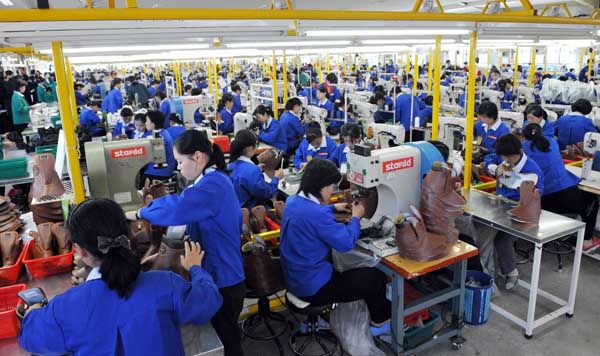 As the news about North Korean leader Kim Jong-il’s death was released, all factories in the Kaesong industrial Complex stopped operations yesterday. South Korean businesses operating in Kaesong voluntarily halted operations and let their North Korean employees go home in order to give them time to mourn.

However, more than 100 firms operating there do not have immediate plans for the upcoming days. In order to make a decision whether they will run their plants as usual, South Korean companies are “keenly watching” for responses from both Seoul and Pyongyang.

“We watched the satellite TV news, and North Korean employees here seemed to not know the news at all,” a South Korean official at the Kaesong Industrial District Management Committee under the Ministry of Unification told the JoongAng Ilbo.

A total of 123 South Korean businesses are operating in Kaesong, and as many as 880 South Koreans are there for business. About 40 officials have been sent by the committee to support businesses from the South.

An official from a business in Kaesong said, “short-term negative impacts are unavoidable, because the Kaesong Industrial Complex is directly affected by internal uncertainties within the North’s regime.”

Economic cooperation between the two Koreas began on July 7, 1988. The following year Chung Joo-young, the late honorary chairman of Hyundai Group, made his first visit to the North and signed an agreement with then-leader Kim Il Sung to co-develop Mount Kumgang. 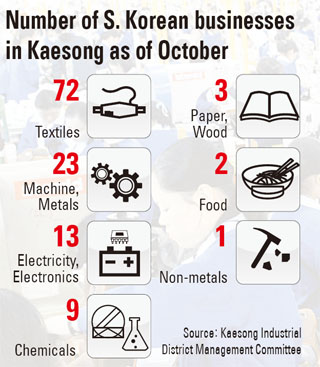 With the enactment of legal provisions on economic exchange between the South and North, small-scale manufacturing and trade started in 1992. Inter-Korean economic cooperation accelerated in 1998 as the late Chung won approval from the North to start the Mount Kumgang tourism business. Hyundai Asan was established in the following year to handle the business with the North. The company held a contingency meeting yesterday.

“We will closely monitor the unpredictable situation in the North,” the company said. Since the Mount Kumgang tourism business has been shut down for the past three years and no new investment is being made in the Kaesong industrial complex, Hyundai Asan is not expected to take an immediate hit from the latest news.

The Mount Kumgang tourism business, the biggest part of Hyundai Asan’s business in the North, was suspended in 2008 when a South Korean tourist was shot by a North Korean soldier. And the last investment made in Kaesong was May 2010.

Hyun Jeong-eun, current chairwoman of Hyundai Group is the only businessperson who has visited the North during the Lee Myung-bak administration. After the news was released, Hyun has been asked whether she will visit the North or not to offer condolences for the late Kim. 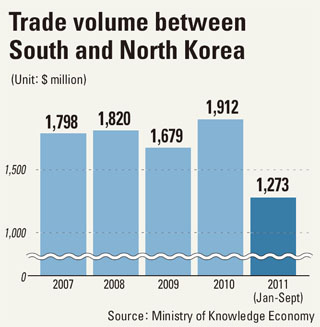 “Kim had a hope that the South and North would hold more talks, to let more South Korean businesses enter the North,” Hyun said in 2009.