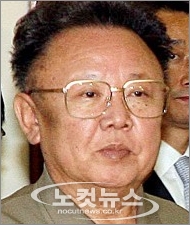 Under the order, all government officials are restricted from taking leave or traveling and required to maintain emergency contact with their offices, officials said.

North Korea's state media reported earlier in the day that the 69-year-old Kim died of a massive heart attack on Saturday, while on board a train during one of his field trips.

South Korea's military has been placed on emergency alert and its foreign ministry also placed its overseas diplomatic missions on an emergency standby.

A South Korean foreign ministry official said his ministry has been in contact with U.S. officials.

In Washington, the White House said Obama is monitoring reports of Kim's death.

The ruling Grand National Party is to hold emergency parliamentary sessions on defense and foreign affairs.

Rep. Won Yoo-chul, head of the National Assembly's defense committee, told Yonhap News Agency that, "Because of the surprise death of Chairman Kim, the North's top leadership is believed to be left in a state of enormous shock and confusion."

"Our military has been on its highest alert and prepared to deal with any contingency," Won said. [Yonhap]