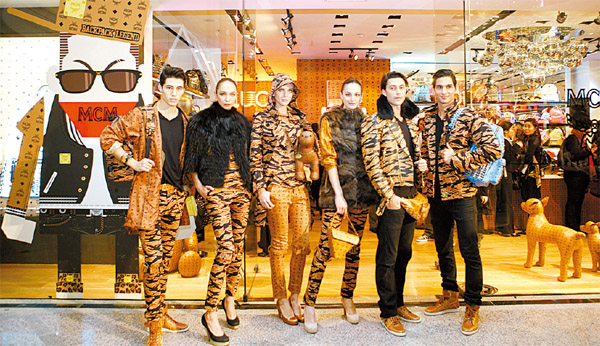 
Following the success of its first satellite store in Berlin, which made its debut at the 9th Annual Berlin Fashion Week, German luxury leather goods house MCM has opened another concept store in Hong Kong.

On December 1, 2011, MCM’s satellite concept store made its way to Causeway Bay’s Times Square but will only remain for a limited time.

The second of its kind in the world, the satellite store not only highlights Hong Kong’s status as a global fashion and style hub, but it also brings to the city MCM’s unique inspirations and exceptional quality and craftsmanship.

MCM marked this exciting moment with a cocktail party at the satellite store on December 8, 2011, where trendsetters and fashionistas of the city came together. Renowned Korean actress Yun Eun-hye, actor Shawn Yue, Chi Heng Foundation representative Chung To, as well as various leading socialites and VIPs were on hand to celebrate this exciting fashion occasion. 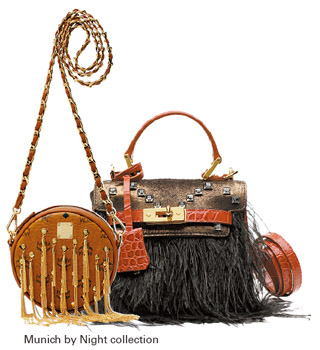 MCM celebrated this special occasion with the worldwide debut of its latest leather goods collection, “Munich by Night.” One of MCM’s most beloved designs, the German house’s backpack is one of the highlights at the new satellite store. Four limited edition backpacks will be showcased at the Times Square location. New design elements found in these four bags include studded details, leopard print as well as the use of fur. The elegant first lady collection has been given a youthful and energetic spin as MCM presents the exclusive mini first lady collection. Also, the house has gone into partnership with stylish Japanese brand Phenomenon for the third time to create the new crossover tiger camo collection. These exclusive items express MCM’s design philosophy, to inspire travel, creativity and a unique sense of modern aesthetics.

Guests will also find the playful and artistic paper statue “Momot”, created for the opening of MCM’s first satellite store in Berlin, on display at Times Square.

A percentage of the sales on opening day will be donated to the Chi Heng Foundation for the promotion of AIDS education and prevention.

This selection will be available at the satellite store between December 1, 2011 and March 31, 2012.