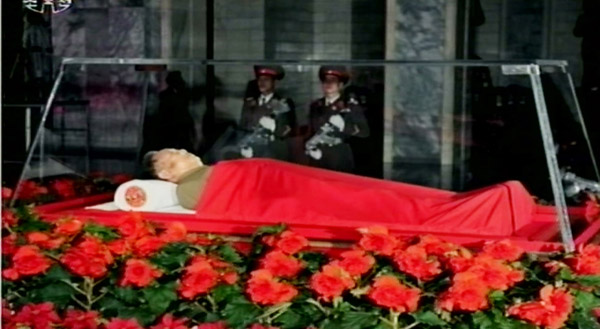 Above: In this grab from North Korea’s state-run television yesterday, the body of North Korean leader Kim Jong-il is seen interred in the Kumsusan Memorial Palace in Pyongyang, also known as the Kim Il Sung Mausoleum. Kim’s body was dressed in his trademark khaki uniform and covered with a red cloth up to his chest. 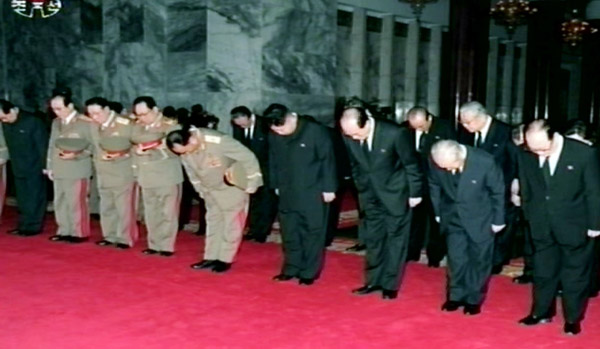 Left: Kim Jong-un, the new leader of the North, pays respect before his father’s coffin. The young leader was accompanied by party officials, all dressed in uniform, and North Korea’s Korean Central News Agency reported that they have pledged their loyalty to the new leader, calling him their fate and future. [YONHAP]