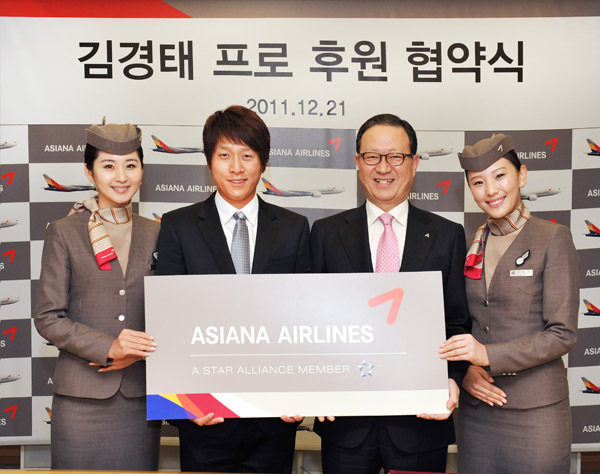 Asiana is officially sponsoring Kim, who will be provided with first-class airline tickets for three years.

Kim, who ranks 18th in the world, made his professional debut in 2007 and previously won the Japan Golf Tour Organization’s Diamond Cup last year.