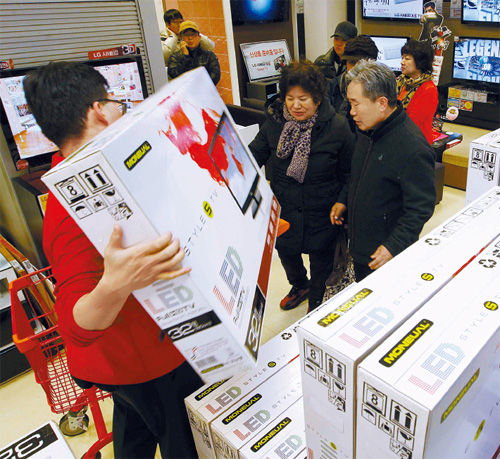 A Lotte Mart employee loads a 32-inch LED TV, produced by the Korean company Moneual under the retailer’s own “Big Bucket” brand, yesterday at the chain’s Youngdeungpo branch in western Seoul. All 2,000 of the 499,000 won ($434) TVs offered at Lotte Mart’s branches across the country sold out in less than three hours. The store said it will supply an extra 3,000 units in February. Competitor E-Mart had a similar event in October. [YONHAP]