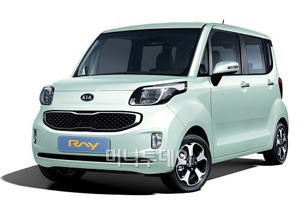 Next year is expected to mark the beginning of the era of electric cars in Korea, even though it is expected to take several years before they become commonplace and the relevant infrastructure is put in place to facilitate their widespread commercial use.

To speed things up, the government plans to offer tax breaks for electric vehicles from January, the Ministry of Knowledge Economy said yesterday.

Next year, public institutions that buy the environmentally friendly vehicles will be able to benefit from tax breaks aimed at offsetting the high price of the vehicles. Electric cars cost roughly double the price of other cars of a similar size.

The tax breaks will be extended to the public starting in 2013, when they become eligible to buy the vehicles.

This is the first time the government will provide tax breaks for electric cars. Hybrid cars are already subject to similar price-related incentives.

The government has selected two models that will be subject to the tax breaks: Renault Samsung Motors’ SM3 ZE and Kia Motors’ Ray. It said they were selected as they satisfied energy efficiency and technology requirements.

Consumption, education and acquisition taxes will be reduced, with the aggregate discount estimated to be worth up to 4.2 million won ($3,650) per vehicle, according to the ministry. Buyers of the Ray will receive additional breaks of up to 5.5 million won because it is considered a “mini car.”

However, the tax benefits may change as the prices of the two vehicles have not yet been announced.

Renault Samsung plans to produce 500 of its SM3 ZEs next year and gradually increase the volume to 6,000 in 2013. Kia said it aims to manufacture 2,000 units of the Ray next year, and also sell them only to government institutions during that year.

Kia has not disclosed when it will start selling the model to the public, but officials there have suggested it will wait until charging stations have been well established nationwide.

Until now, the only electric car in the country has been the BlueOn, produced by Kia’s affiliate Hyundai Motor. But the 50 million won car has only been sold to government bodies in the form of a pilot project that saw subsidies provided but not tax breaks.

A total of 30 units were sold in 2010 and 250 this year. Production of the vehicle is scheduled to end this year.

“The same technology used to manufacture the BlueOn were used to create the Ray,” said Kang Gyu-hyung, a deputy director at the ministry.

Korea is a couple of years behind the curve in terms of rolling out electric cars.

General Motors introduced its Volt in the U.S. this year with accompanying tax breaks, and Japan has been handing out tax breaks or subsidies on EVs since 2009. Now Mitsubishi’s iMiEV and Nissan’s Leaf are available for sale in the country.

The main obstacle in many countries, including Korea, is the lack of electric charging stations. The government has laid out a roadmap for these to be built but it is expected to take some time before they are plentiful enough to be considered practical.