For many, shopping addiction is a devastating disorder

For many, shopping addiction is a devastating disorder 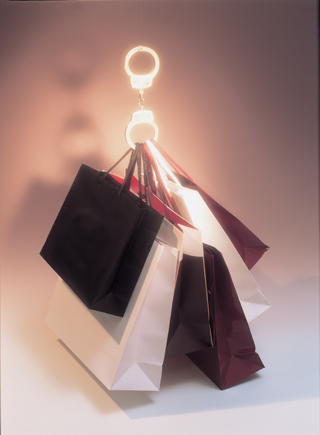 Park, 44, is a professor at a Gyeonggi university. Since March, she has spent 30 million won ($26,000) on clothes and shoes. She recently topped off her purchases with a 3 million won fur coat from a Cheongdam-dong boutique in southern Seoul.

“I haven’t taken off the packaging for many of the items, let alone the tags,” Park said. “It’s shameful and depressing, but even though I know that I’m not going to wear it, it’s very difficult to stop shopping.”

Like others who suffer from shopping addiction, Park is not buying clothes to wear but to get a high from the act of purchasing.

People with shopping addiction are on the rise in the country. By one metric, 1 out of 10 women show tendencies of shopping addiction, according to experts. Meanwhile, a survey on internet addiction by the Ministry of Public Administration and Security found that 13.5 percent of women claimed they “could not control their internet shopping compulsion.”

Those addicted to shopping often feel shame from their spending habits and hide their purchases from their family, sometimes culminating in crushing personal debt. Some are even driven to extreme measures because of their massive debts incurred from shopping impulses.

One 33-year-old nail artist took her own life in Seokchon-dong, southeastern Seoul, on Dec. 11 because she could not manage the debt she accumulated from her buying sprees. Police said she owed 30 million won to a boutique where she often shopped and had 40 million won in credit card debt. Prior to her suicide, her boyfriend repaid part of her debt and encouraged her to decrease her spending.

A 28-year-old female employee at a Busan department store also took her own life in March for similar reasons, leaving behind a note that read, “I am sorry for departing without being able to pay back my debts.” A police investigation revealed that she had accumulated 100 million won in credit card debt from purchasing luxury handbags and clothes. In 2009, she filed for bankruptcy and took positive steps but soon fell back into her old pattern.

“Some people who become addicted and keep shopping and building debt can choose an extreme measure if they face increasing pressure,” said Professor Kim Chung-ryeon of Hanil University and Presbyterian Theological Seminary.

Still, experts in Korea often do not view shopping addiction as seriously as addictions more prevalent in men, such as those involving gambling or gaming. Furthermore, many in the country consider shopping addiction not a mental illness but just a bad habit.

Mental health expert and Kyung Hee University Professor Baek Jong-woo said, “Of those who seek psychiatrists, less than 1 percent of patients are those with shopping addiction,” but that “extreme tendencies of spending addiction need to be considered as an illness and treated.”

Dr. Kang Eun-ho from Samsung Medical Center said, “Shopping addiction is a problem that needs to be treated, but words like ‘Get a hold of yourself’ only build a sense of shame and heighten addictive tendencies.”

For shopping addicts with significant debt, legal remedies are hard to find. “If debt is incurred through shopping addiction, in principle, relief cannot be provided,” said Yu Jae-cheol of the Credit Counseling and Recovery Service.