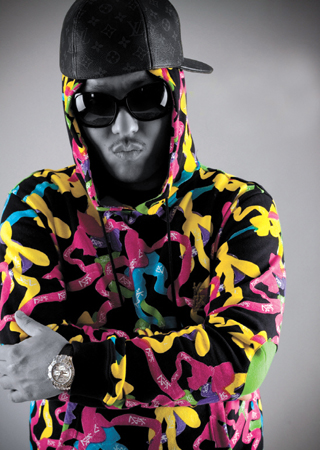 Producer and composer Brave Brothers (Kang Dong-chul), above, will be a panel judge on JTBC’s upcoming idol audition program “Made in U.” [JoongAng Ilbo]

He composed girl group Sistar’s 2010 hits “Push Push” and “Shady Girl” and produced groups Electro Boyz and Brave Girls, which have been positively received since they debuted last year and this year, respectively.

But recently, Kang, 32, has been in the limelight for going public about his past run-ins with the law. When he was 17 years old, he did time in prison for violence and at 19 managed a nightclub.

He says his life has taken a 180-degree turn since he discovered music at age 21. He has been the target of criticism from netizens, but is not intent on keeping his past a secret.

“It’s part of my life so I can’t hide or erase it. I also want to tell teenagers that they should stray if they want to, as long as they can find their way back,” Kang said.

Kang started out as a producer at YG Entertainment, which he and his brother Kang Heuk Chul joined in late 2001 after they resolved to put a stop to their errant lifestyles.

During his time there, he composed songs for boy band Big Bang and singer Son Dambi. In 2008, he left YG in order to pursue new goals and found his own talent agency, Brave Entertainment.

These days, he is focusing on producing but continues to compose songs. He only sleeps three to four hours a day and often works early in the morning. Brave Entertainment currently has 17 trainees - last month, there were 30.

They are tested monthly and those who do not keep up with the label’s standards are dropped. Kang also monitors each trainee’s progress.

“As a producer, I need to be confident about the singers I help debut and to do that, I need to see them myself,” Kang said.

Applicants can sign up online until Dec. 31 and the show will officially begin airing in early January.

“Audition programs have generally focused more on judges. The judges on ‘Made in U’ are involved but the show is fresher because fans are the ones who decide which contestants will move on,” said Kang.

On Dec. 16, the JoongAng Ilbo sat down with him in his Brave Entertainment office in Nonhyun-dong in Gangnam District.

Q. What kind of judge do you plan on being?

A. I’m going to be very honest and cold. I’ll even swear when I need to. On the other hand, I won’t hesitate to praise talented contestants.

It wasn’t like that in the past. Young Bae [Taeyang] of Big Bang was a trainee when I was a producer at YG Entertainment and he would get angry, cry and keep practicing when things didn’t work out the way he wanted them to.

Few singers are as earnest as him nowadays.

What do you think about critics’ claims that idol singers’ lyrics lack content?

That time is too short to include everything the public wants in a song.

The chorus also needs to be catchy. Whereas ballad song lyrics are about delivery and the message, dance songs make listeners happy and excited.