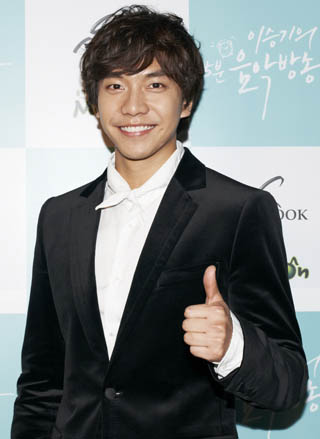 On Dec. 22, Korea Broadcast Advertising Corporation (Kobaco) released the results of this year’s Media Consumer Research report. The survey aims to measure consumers’ preference of media channels as well as advertisements and purchase selections. The survey has been conducted annually by Kobaco since 1999 and 6,000 consumers between 13 to 63 years of age were interviewed.

According to the survey, singer-actor Lee was the celebrity that consumers liked best on commercials.
Lee garnered 12.5 percent of the consumers’ votes while figure skater Kim Yu-na pulled 7.2 percent. The two celebrities were also first and second in the MCR survey carried out in the first half of 2010.

The most memorable commercial of the year was one for the Samsung Zipel refrigerator featuring Lee. The second-most memorable was the Urso liver cleansing tablet commercial starring soccer player Cha Du-ri with a catchy jingle.