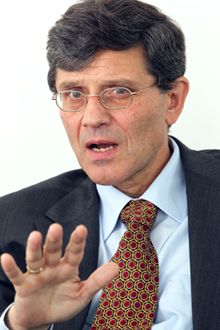 German Ambassador to Korea Hans-Ulrich Seidt believes the successful transition of the former East German city of Dresden after Germany unified in 1990 could serve as a useful precedent for the two Koreas.

“Even after the Berlin Wall came down, Dresden, which once flourished with craftsmanship, was devastated,” Seidt said earlier this week. “But the city has now been transformed and is considered one of the leading examples of a successful collaboration due to West German companies like Volkswagen having set up businesses [there].”

Dresden lay in ruins after it was bombed by the Russians during World War II and failed to fully recover under its subsequent communist government. Unemployment was stuck at 20 percent when the two Germany’s unified, after which West German companies like VW set up plants there to get the local economy back on track.

Although the jobless rate remains above 10 percent, the city is considered an industrial and cultural success story.

Seidt said VW’s plant overcame public resistance to emerge as “one of the city’s landmarks.” It employees 300 production line workers and has led to the creation of jobs at nearby part suppliers.

Seidt said the West German company was welcomed because of its high-tech automotive technologies and the plant’s modern features. “Although it is uncertain when the two Korea will unify, if they do, it would help tremendously in improving the economic and cultural life of North Koreans,” Seidt said, adding that Jan Vogler, director of the Dresden Music Festival, is planning a cultural exchange with Pyongyang.