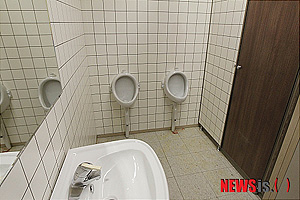 The chief suspect in the fatal, random stabbing of a Korean university student at a Burger King outlet in Itaewon, central Seoul, 14 years ago has been charged with murder, the Seoul Prosecutors’ Office announced yesterday

Although the 32-year-old suspect, Arthur Patterson, is currently in the process of extradition to Korea from the United States, the office said that because of concerns about the statute of limitations expiring, and because evidence has been reexamined with new techniques, he has been charged without appearance in absentia.

On April 3, 1997, Cho Joong-pil, a 22-year-old Korean student at Hongik University, was fatally stabbed seven times in the restroom of a former Burger King outlet in Itaewon, which is now the location of Coffee Bean & Tea Leaf and Cold Stone Creamery branches.

There were two prime suspects at the time, Patterson, 18, son of a U.S. Forces Korea civilian employee, and Korean-American Edward Lee, 18, who was studying in Seoul.

The victim was apparently not known to the two men and was murdered randomly. Both said the other had done the stabbing.

Lee was tried and convicted for the murder but acquitted by the Supreme Court in 1998 because of a lack of evidence.

Patterson was prosecuted and convicted of possession of a deadly weapon and sentenced to 18 months in prison but was released on a special pardon in August 1998.

In 1999, Patterson left Korea, taking advantage of a prosecution failure to extend a ban on him leaving the country.

Following the success of the 2009 blockbuster film “The Case of the Itaewon Homicide,” along with complaints from Cho’s family, the Ministry of Justice reopened the case and made a request to the United States for Patterson’s extradition.

There is new evidence that can prove that Patterson was actually the murderer, according to prosecutors. They say that at 10 p.m. on the day of the murder, Patterson allegedly stabbed Cho nine times including the neck and the chest.

Prosecutors said bloodstain pattern analysis technology that was not available for the initial investigation has been used to analyze blood patterns at the scene of the crime.

In addition, prosecutors have gathered additional testimony implicating Patterson, including his alleged admission of the murder to a friend.

Patterson, who had been working as a trainer at a fitness club in Los Angeles, was arrested in California in May and is currently undergoing extradition proceedings in U.S. federal court. A hearing is slated for April.

The statute of limitations for the crime is 15 years and set to expire in April next year.

“The data we’ve collected will be sent to the U.S. court handling his extradition to bring him to justice as quickly as possible,” the prosecutor said.