UN tribute to Kim leads to walkout of diplomats

UN tribute to Kim leads to walkout of diplomats 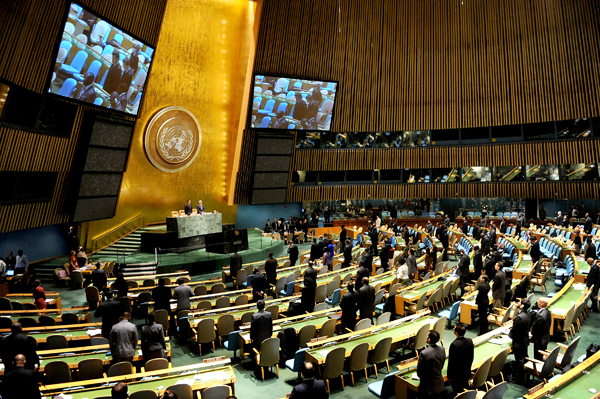 The UN General Assembly yesterday paid a silent tribute to the late North Korean leader Kim Jong-il, sparking a walkout of ambassadors of Korea and other countries.

At the start of the assembly Thursday, its president, Qatar’s Nassir Abdulaziz Al-Nasser, told the diplomats, “It is my sad duty to pay tribute to the memory of the late Kim Jong-il.” 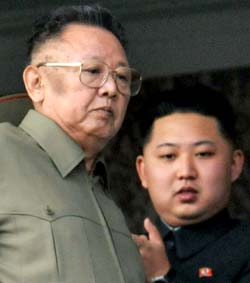 Around half the UN ambassadors were in the hall.

The president asked North Korean Ambassador Sin Son-ho to “convey condolences” and called on all envoys “to stand and observe a minute of silence in tribute to the memory of the late leader.”

A walkout ensued by ambassadors from South Korea, the United States, Japan, Britain, France, Germany and other countries. After the walkout, only a third of the seats were still occupied.

Al-Nasser read out all the official posts held by the North Korean leader and the remaining diplomats stood and bowed their heads for a minute.

Al-Nasser explained that it was a “protocol” move following a North Korean request.

“This is a man who is responsible for probably tens of thousands of deaths,” a European diplomat told AFP. “He is not a model for the UN.”

“It is an embarrassment that we will have to put up with,” commented an Asian diplomat.

The only official condolence book for Kim in North America is at the country’s UN mission in New York. A huge wall of white chrysanthemums has been set up around a portrait of the so-called “dear leader”.