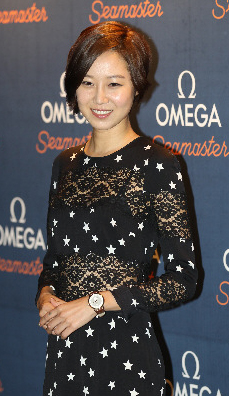 Actress Kong Hyo-jin has been voted this year’s best actress according to netizens. A survey was conducted by portal Web site Ezyday from Dec. 9 to 16 in a bid to find who and what intrigued netizens in this year’s entertainment news.

A survey was taken by 1,446 respondents and yielded the following results: The best actress was Kong Hyo-jin, who featured in the MBC hit drama “The Greatest Love,” while actor Han Suk-kyu from SBS’s drama “The Deep Rooted Tree” was voted second place. Kong received 35.1 percent of the votes while Han received 31.7 percent.

Within the best drama category “The Deep Rooted Tree” came first with 26.1 percent of votes and “The Greatest Love” came second with 26 percent.

Musician of the year was a tie between the idol group Girls’ Generation and solo artist Kim Bum-soo, who starred in the singing survival show “I Am a Singer.” Entertainer of the year was comedian Yoo Jae-seok, who amassed a whopping 43.8 percent of preferential votes.